The History Of The St. Lucia Carnival 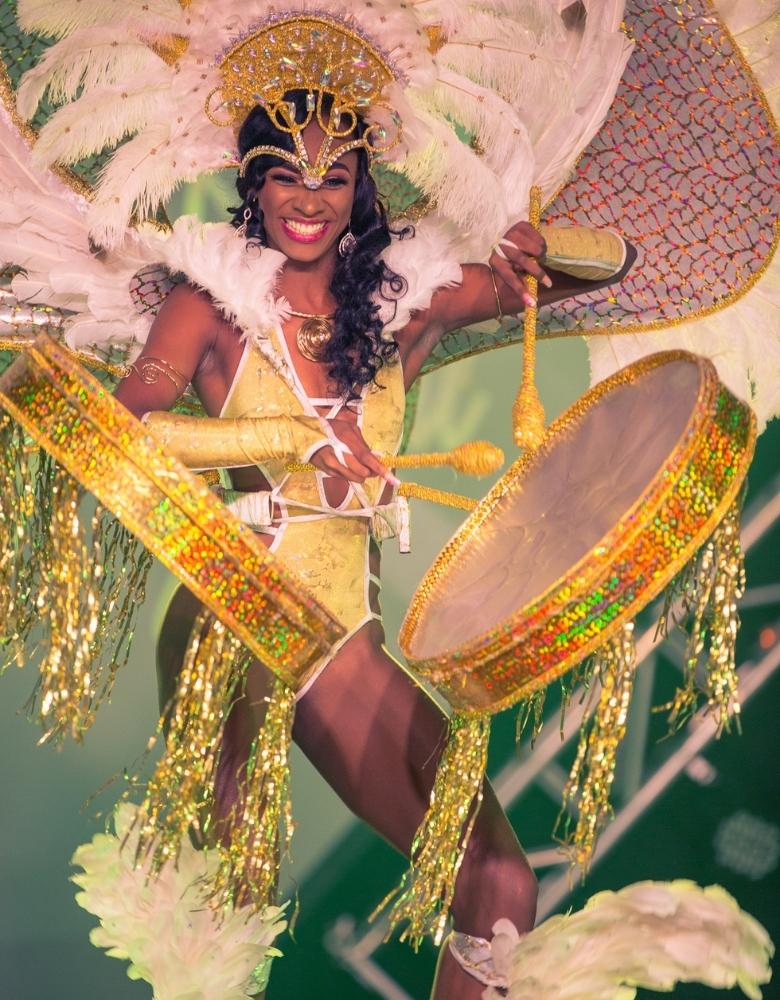 A vibrant celebration of color, music and dance

With Ancient Greek roots, the St. Lucia Carnival is a vibrant celebration of color, music and dance. But such parades have decorated history throughout the ages, from the triumphal parades of Imperial Rome to religious processions of Medieval Europe, festivals, now known as carnivals have always been used to mark a special occasions and public celebration.

If we look at the West Indian Carnival, for example, it has roots in Ghanaian and West African traditions, and European carnivals were initially prominent in French-controlled territories, where Catholicism was the dominant faith. But what each celebration has in common is that it will try to involve its audience, and encourage people to join in the festivities.

In St. Lucia, carnivals became an organized festival after World War II. In fact, the first recorded celebration was in 1947 when a small group of people dressed in ragged clothes began to beat out rhythms on bottles and pieces of steel as they paraded through Castries. People soon joined in the impromptu parade which ended at the home of Derek and Roddy Walcott on Chaussee Road.

The story goes that on Shrove Tuesday, also known as Mardi Gras, people spontaneously started to assemble makeshift costumes and parades were held during the day. The next year, the people prepared in advance for the celebration and it was more organized than before. And so the British administrator declared Shrove Tuesday a public holiday in St.Lucia.

Fast forward to 1948, and steel bands, calypsos and costumed bands became part of the carnival. The costumes of one band at the carnival in St.Lucia were said to be so hot that they must have caused the great fire that destroyed the city of Castries three months after the carnival!

But despite all the fun, the new event was somewhat controversial. Some of the calypso lyrics were deemed offensive and the principal of St. Mary’s College, the finest boys’ school in St. Lucia, did in fact react strongly to a group of students who participated in the celebration. Their behaviour was deemed degrading and vulgar. As a result, some students were suspended, and the status of prefects was demoted. Others were simply flogged! 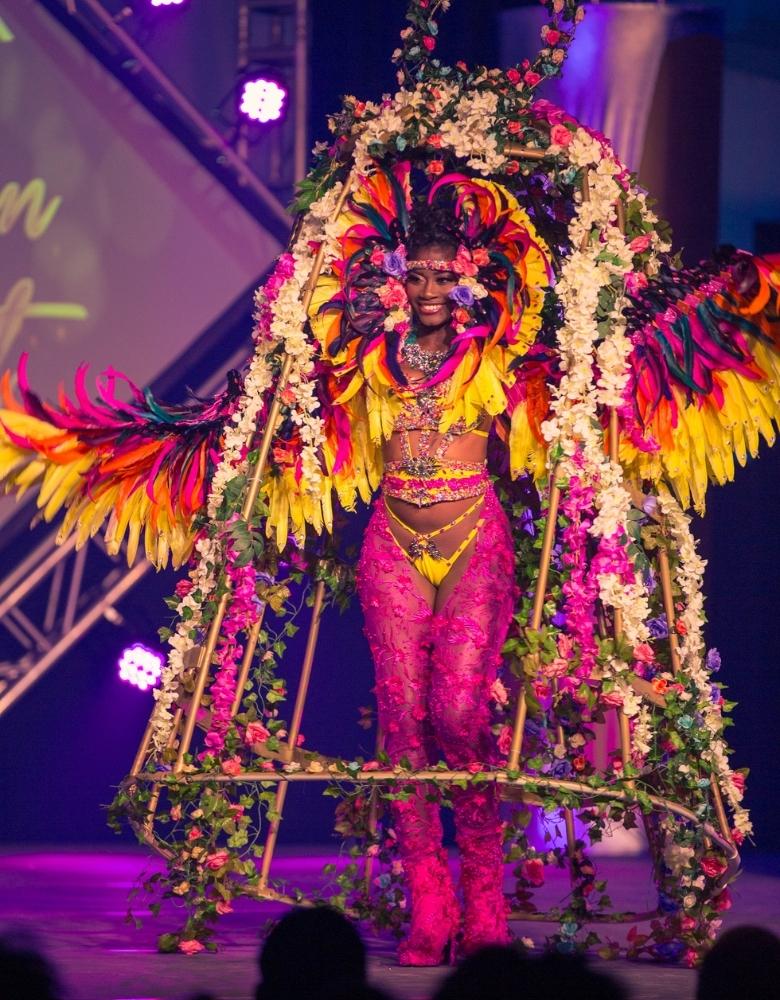 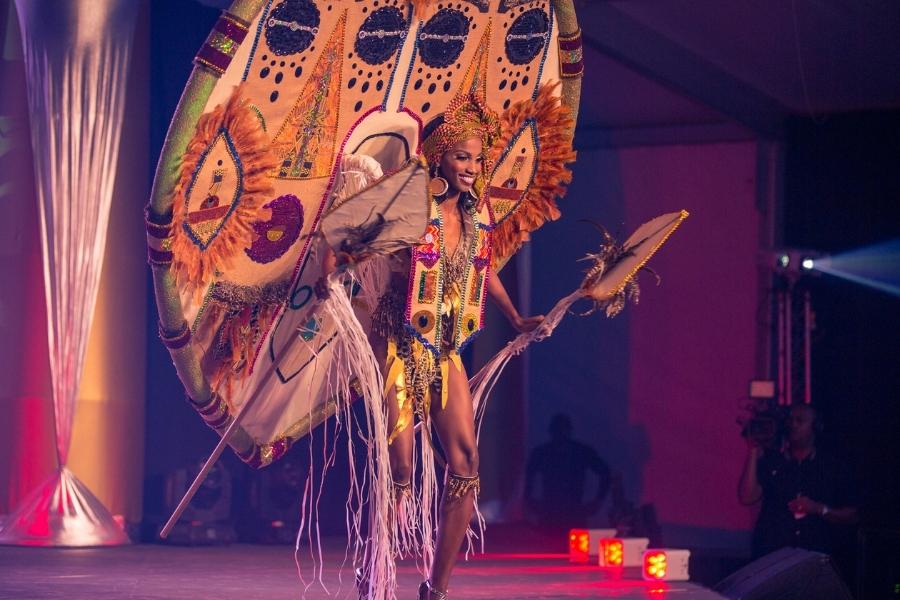 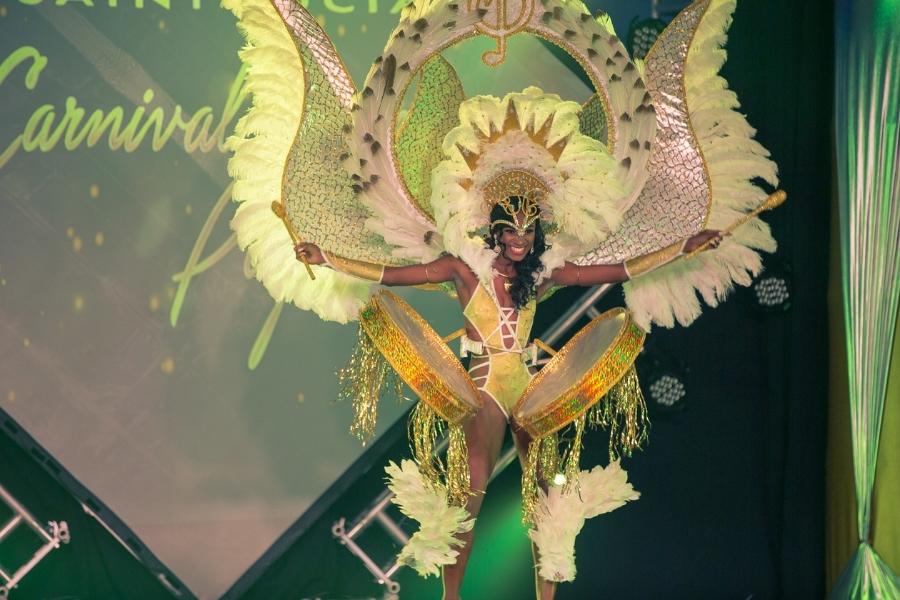 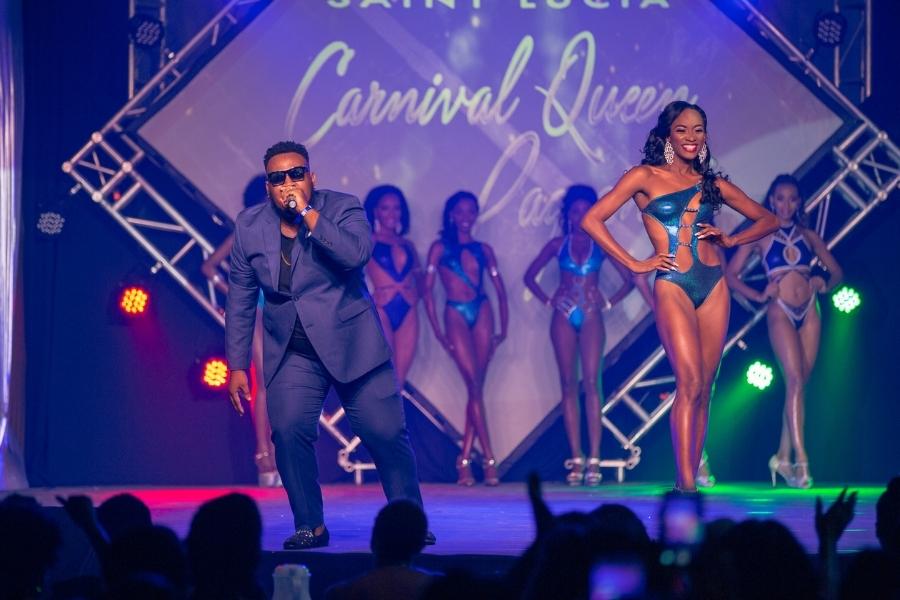 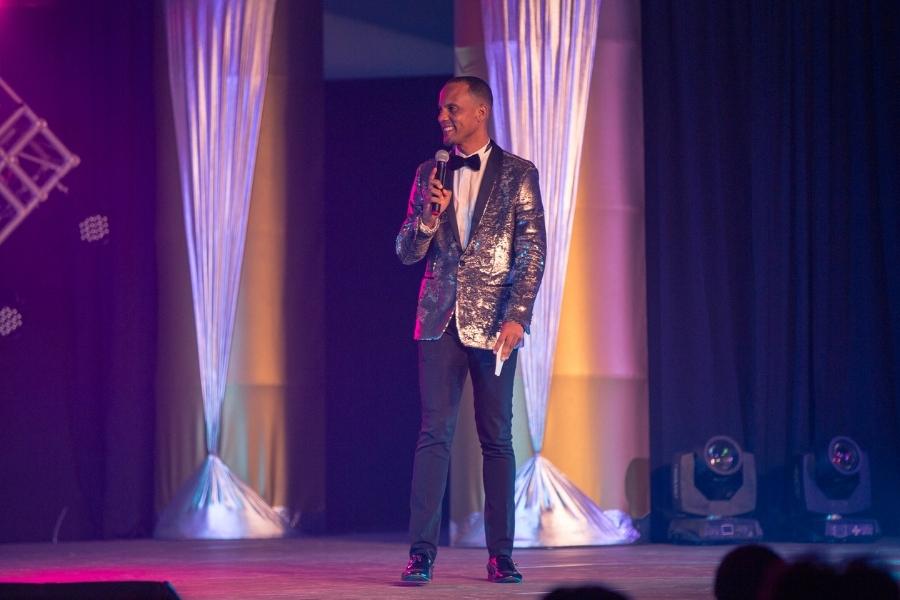 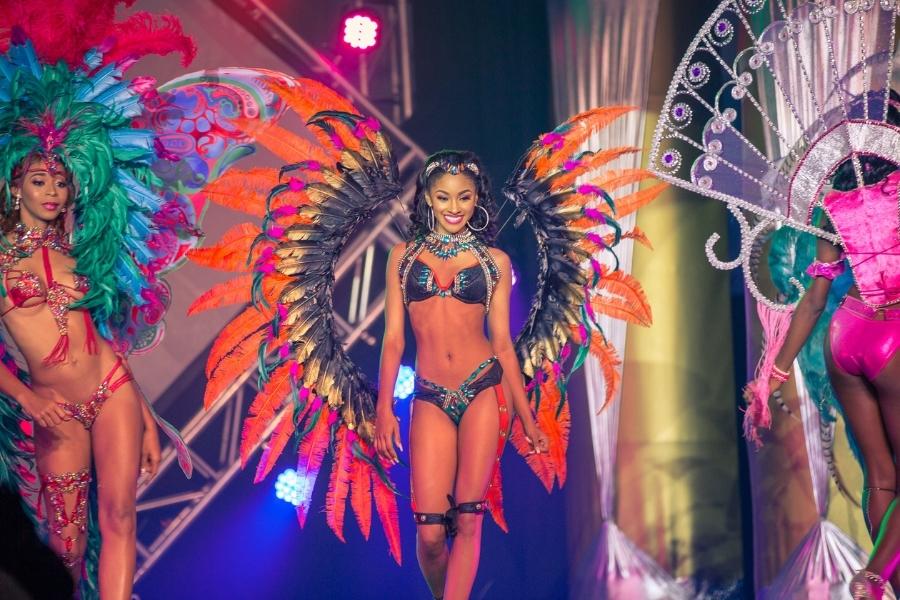 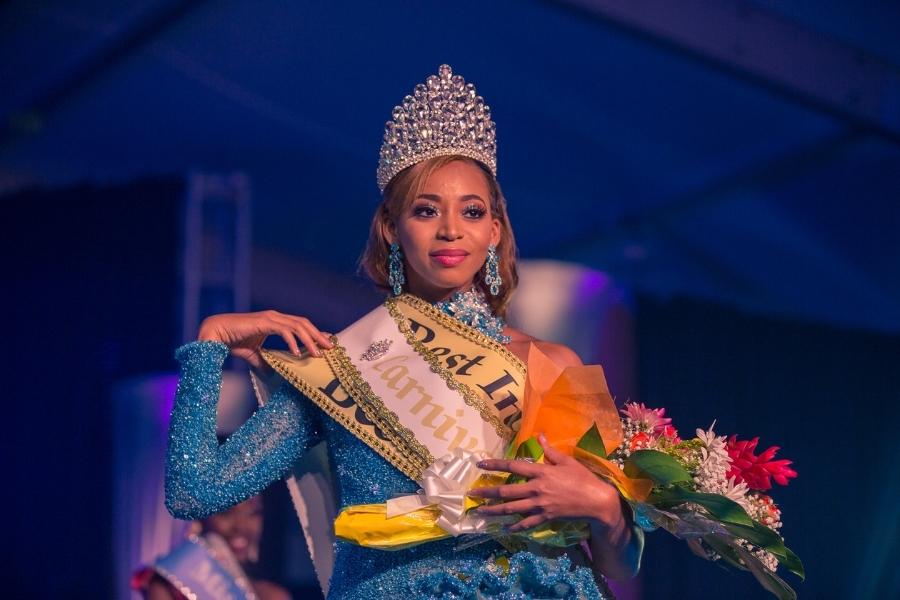 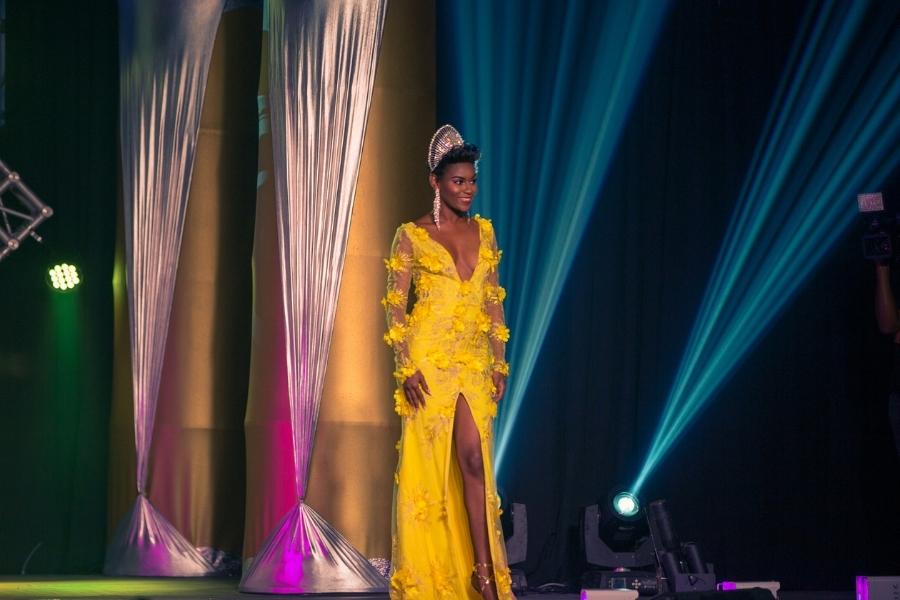 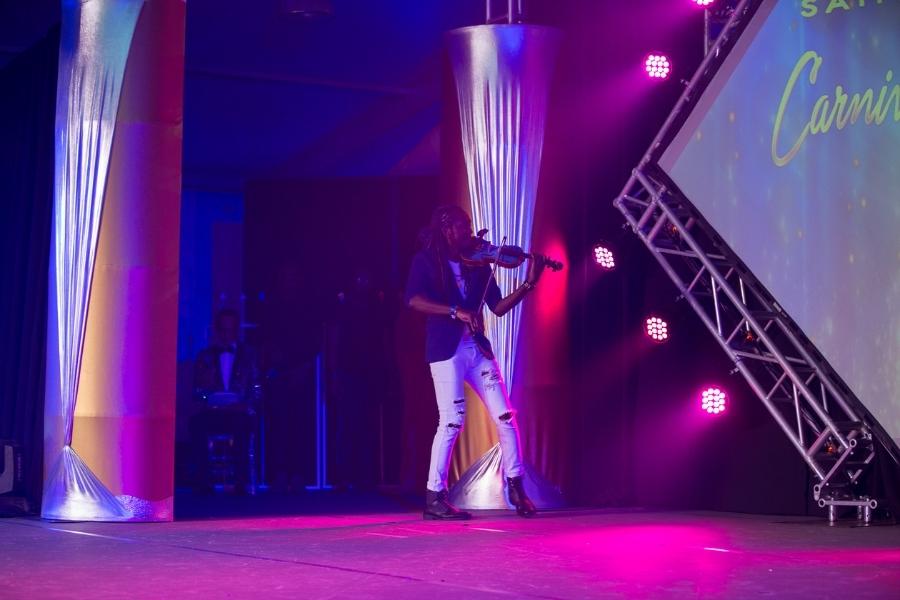 In 1950, the Physical and Culture Club in Castries organized the first-ever King and Queen competition for the St.Lucia Carnival. Community members from Castries were called on to submit names of candidates they thought should be named as the Carnival King and Queen. Voting bulletins were printed in a local newspaper too.

Charm and personality were the major criteria to win the carnival competition. When the St. Lucia King and Queen were announced and veiled, they were attended to by a retinue of ladies and gentlemen in waiting and were paraded through the streets of the capital to Victoria Park (now the Mindoo Phillip Park) where their identities were finally revealed. But, since 1952, only a Carnival Queen has since been elected. And when she is, she must be unmarried and be of course, a St. Lucian national.

In 1957 the first costumed band was elected Band of the Year. The Egyptians were designed by Roderick Walcott twin brother of Derek, St. Lucia’s Nobel laureate for literature. Roderick Walcott was always a local Carnival stalwart.

But let’s be honest, without calypso music, there would be no Carnival! Yet, even experts are still arguing the origin of the words calypso and kaiso. The latter is a West Indian word for the traditional music form. But there are those who argue in favour of an African origin claiming that the word comes from the Ibo people and is roughly translated as ‘bravo’ or ‘sing it again’.

In St. Lucia, one of the first calypsos to find favour with audiences was entitled ‘Tell me why salt fish smelling so’. Early calypsonians took on stage names like Lord Guitar, the Mighty Terror, the Mighty Bass, the Mighty Rock’n’Roll and King Cobra. For the first monarch contests, they had to submit three songs dealing with sexual, social and political life.

Steel bands first made their appearance at the St. Lucia carnival in 1948, and some anthropologists suggest that steel band music is directly related to the melodious xylophones of Africa, from tribes in Mozambique and Guinea. Although it is important to note that the steel pan is the only new musical instrument to be invented in the 20th century.

At first, there were only two orchestras in St. Lucia: Tokyo and Casa Blanca. Yet, six years later that number increased to six and this made way for the first Panorama or pan competition. Today this figure has grown to sixteen and includes junior orchestras and even female-only groups.

The St. Lucia Carnival has evolved over the years and now visitors from across the globe flock to the island just to take part and enjoy the festival. Recently, the St. Lucia carnival has been given more visibility, thanks to a government decision to move the date of the carnival so that it is no longer overshadowed by the celebrations held in Trinidad and Tobago. And today the carnival is an integral part of West Indian culture and its identity on the global stage.